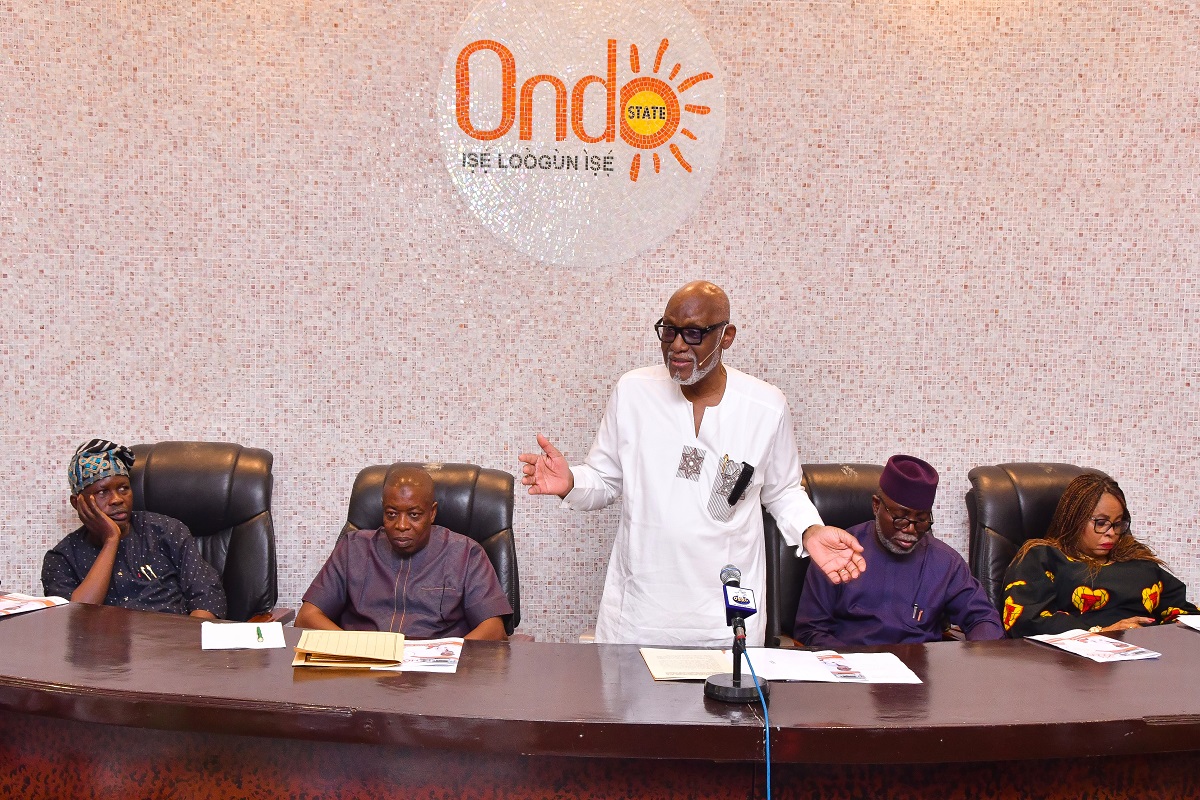 Ondo State Governor, Arakunrin Oluwarotimi Akeredolu, SAN, has flagged off the distribution of the newly digitized Certificate of Occupancy C of O under the Home Ownership Chartered of Ondo State Scheme (HOCOS), saying it will boost the economic activities of the people through transactions with financial institutions.


The Governor noted that the HOCOS is aimed at ensuring transparency, fast-tracking and repositioning of land administration in the State. Governor Akeredolu spoke during the flag-off ceremony of the distribution of the newly digitized Certificate of Occupancy to the first set of beneficiaries on Wednesday, held at the Cocoa Conference Hall of the Governor`s Office in Akure.

The Governor maintained that in line with HOCOS objective, his administration has successfully moved, in an innovative manner, from a five-leaf manually produced Certificate of Occupancy (C of O) to an abridged single-sheet digitized format that is produced with speed, efficiency and accuracy. ``The objective of HOCOS is to make land transactions and titling less cumbersome and transparent to the public through digitization of processes. We are proud to say that we have achieved this objective.


`The new single-leaf C of O to be distributed today has been designed with the highest technological standard, with the introduction of security features to protect the integrity of the document. It will also enable easy conduct of property search and prevent cyber fraud.


Earlier in his address, the state Commissioner for Infrastructure, Lands and Housing, Engr Raimi Aminu, applauded Governor Akeredolu for his ability to manage the meager resources to achieve much in the state. He said the title documents confer all property owners` legal rights to their land resources, describing the Home Ownership Charter of Ondo State (HOCOS) initiative of the Governor as life transforming scheme.


`With Mr. Governor`s support and his initiative, we are seeing it all today you know this a government for the people`, he added.
Aminu also said very soon the state would migrate to the second phase which is Ondo State Geographical Information System among other facilities, saying that by this, investors coming to the State would know which area would be suitable for their investment.


The Commissioner for Finance, Wale Akinterinwa explained the opportunities, advantages and benefits inherent in the HOCOS program. He said title owners can easily approach any bank for money to fund their various businesses with ease. He added that the program is a life transforming scheme that will improve the fortune of all title owners including farmers across the state.


The Executive Chairman of the Ondo State Internal Revenue Services (ODIRS), Mr. Tolu Adegbie appreciated the Governor for the laudable initiative and direction. While also thanking the bankers present, the team members on the scheme and other stakeholders for their cooperation, he mentioned that the bankers have been taken around the simplified process of searching, registration of Deeds, perfecting mortgages and congratulates the beneficiaries as the scheme is a game changer for C of O issues in the State.


In his goodwill message, the Chairman, Ondo State Council of Obas and Deji of Akure, Oba Aladetoyinbo Aladelusi, who explained that it took him about six years to process a C of O in the past, however, lauded Governor Akeredolu for the good ingenuity which he said has changed the narratives.

There were goodwill messages from representatives of financial institutions and other stakeholders. In his response, Femi Akinola who spoke on behalf of other beneficiaries appreciated Governor Akeredolu for the laudable initiative and advised the poeple without title documents to take the advantage of the good program.